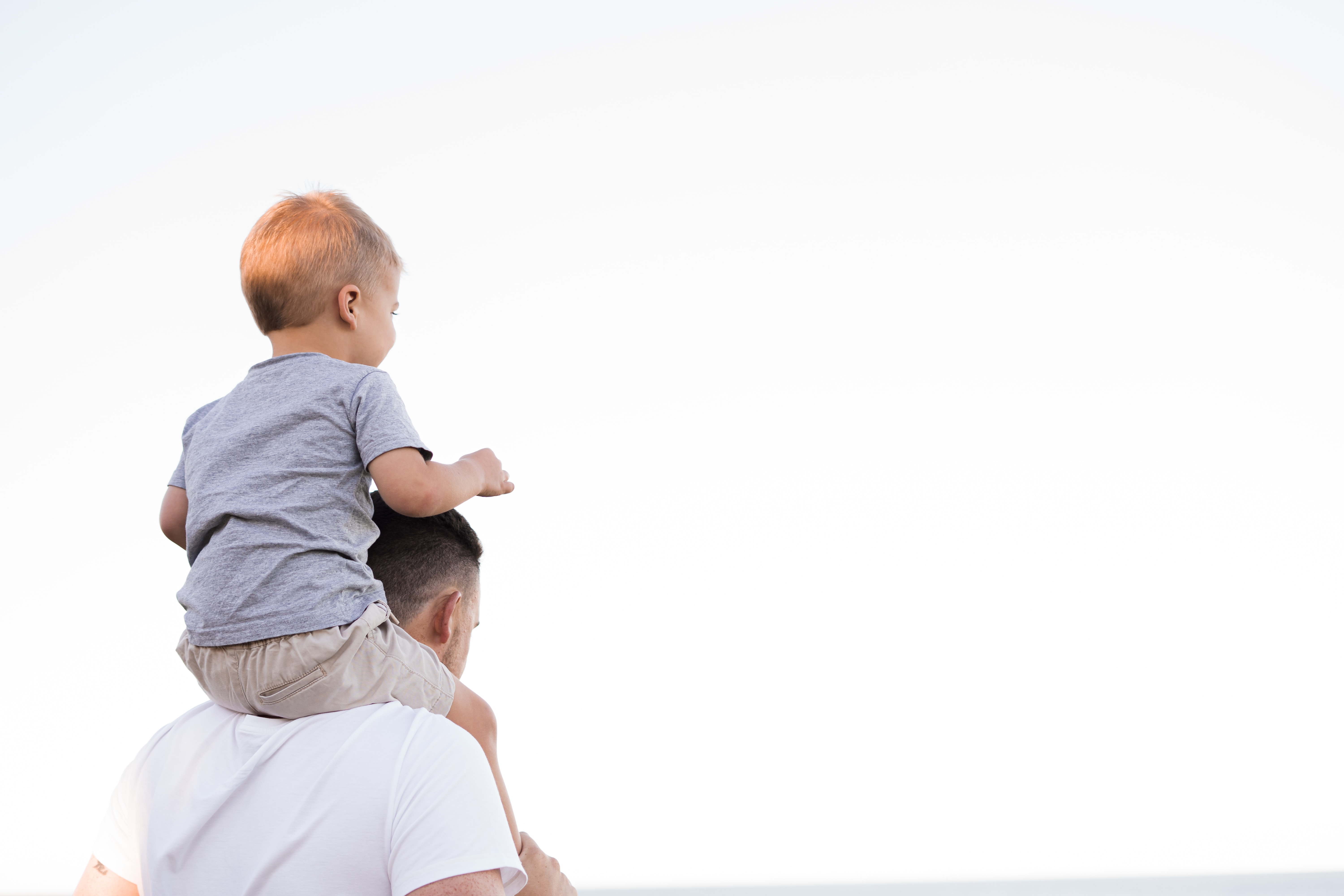 It remains a mystery that in 2022, men’s public toilets still do not include baby changing facilities. The world has come a long way in recognising gender inequality when raising children. It is more widely accepted for men to be the stay-at-home parent while women go off to work, and in the dawn of hybrid working, traditional parenting stereotypes are being drastically re-written.

When it comes to public baby changing facilities, there is a lot left to be desired. Changing tables are currently found in accessible washroom facilities or female bathrooms. There has been a slight increase in the number of gender-neutral washrooms readily available, but even these often lack a designated space for baby changing. This has resorted to men using the bathroom floor as a changing table. Celebrity dads, including Ashton Kutcher, have got involved in the petition for an improvement in facilities.

So, what can we do about it? This issue isn’t going away, and solving the problem will only help improve the balance of parental responsibility. Many arguments are being made by fathers to improve the number of public facilities available for them and their children to use. We will also discuss how the rise of single-parent families makes male baby change facilities more necessary than ever and how some dads have used the female washroom to change their child’s nappy!

The Increase in Single-Parent Families

The Office For National Statistics released a report in 2019 that indicated a significant rise in the number of single-parent families in the UK. While married or civil partner couples still represent the majority of families at 72.6%, lone parents now account for 14.9% of British families. This is an increase in the statistics of previous years.

The most common reason for single-parenting is relationship breakdown. It has become more normalised in recent years for a couple to be able to separate if they find their relationship is no longer working. Another reason is children being born out of wedlock. Couples are becoming less inclined to get married before starting a family. The increased diversity in how we view families has made lone-parent families less of a rare occurrence.

How Has This Changed Parent Gender Stereotypes?

Single parents are changing the way we view parenting. An individual parent must take on all the responsibilities ordinarily shared in a partnership. This has led to an increase in men doing the stereotypically “female” jobs such as preparing meals and changing dirty nappies.

Why Is This Causing An Issue?

The world is progressing rapidly, but unfortunately, the world of washrooms is yet to catch up. Until recently, fathers' lack of baby changing facilities wasn't drawn to anyone's attention. This was until the viral campaign started by father-of-three Donte Palmer in 2018. Palmer posted a picture of himself changing his son’s nappy in the men’s toilets and having to fashion a changing table using his knee. This brought the ongoing problem to the attention of mainstream media and is urging public spaces to put changing tables in their male washrooms.

The Rising Popularity of the Stay-At-Home Dad

It is recorded that there are now ten times as many stay-at-home dads in the UK. This is in comparison to figures at the turn of the millennium. This equates to 14% of fathers being the primary childcare provider. This allows children to have a lot more quality time with their dads and also allows time for their female partner to work should they want to. The increase in this trend means an increase in the number of fathers and children in public spaces. With this comes a greater demand for child-friendly toilet facilities.

It has been the norm for the stay-at-home parent to be the mother until now. Because of this, baby changing facilities have been catered primarily towards women. This is now becoming problematic, but it could be offputting for those dads who want to be the main caregiver for their families. If they know that they will face a logistical challenge when changing their child’s nappy, they are less likely to leave the house and have outings with their child.

Days out can be a great bonding experience for both parent and child and great for physical and mental well-being, so the facilities must be readily available for dads to take care of their children easily.

Why Are Baby Changing Facilities Predominantly In Female Washrooms?

Why Having Changing Facilities In Disabled Washrooms Is A Problem

It is extremely common to find a baby changing table on the wall of an accessible bathroom. This may seem logical as there is more space to move around, especially for a parent out with multiple children. However, it becomes problematic when someone who needs to use these facilities has to wait a long time because they are being used for their baby changing access.

Unfortunately, there is often only one accessible toilet in any restaurant or shopping centre, and regular washroom facilities are not suitable for disabled people to use. This poses an issue because if there were more readily available changing stations, this would leave the disabled toilet free to use for those who it was built for. Parents who don’t have any other access to a changing table risk taking up the facilities. Or, they end up having to rush in order to vacate the toilet.

The Dad Who Is Campaigning For Male Baby Change Facilities

The lack of changing tables in men’s toilets has reached mainstream media in the past few years as more dads share their struggles of changing nappies on bathroom floors. In Jacksonville, Florida, Donte Palmer had enough of these inconveniences and decided to take action.

He posted a picture of himself on Instagram showing him changing his baby’s nappy and captioned it, “What’s the deal with not having changing tables in men’s bathrooms as if we don’t exist!! [...]”. His photo sparked outrage and soon went viral, inspiring other dads worldwide to air their frustrations. This led to a campaign by parents of all genders to end the stereotypes that prevent parents from being able to carry out equal childcare tasks.

This campaign has taken on the name of Squat For Change, referencing the images of men squatting down to create a makeshift changing table for their babies. It has highlighted the increasing number of hands-on dads looking for more ways to support their families and care for their children. Men are more willing to be active parents, but the world still needs to catch up. These fathers are now on a mission to “[...] squat until change comes” and changing tables are available in all men’s washrooms.

How You Can Make Your Washrooms More Inclusive

Public facilities can reflect a lot and often are a good indicator of where the world is currently in terms of gender inclusivity. It is now more important than ever that washrooms are suited to people’s diverse and changing needs. Bathrooms are the most frequently used facilities in everyday life, and they are used by everyone from all walks of life, genders, and sexualities. This is why it is so necessary for them to cater to this new level of diversity.

This includes creating spaces for men to look after their children’s needs with ease. Having changing tables in male facilities will be one less stress they have to face daily. It will also help increase the availability of accessible washrooms for those who rely on them, as they won’t have to be used by male parents. Baby changing facilities are not a significant task either. Installing a changing table can be a quick and easy process, so there is no reason why it shouldn’t be done.

Many modern and newly-built environments have chosen to make their washroom facilities gender-neutral to end the stigma surrounding gender binary public toilets. This makes it a lot more comfortable for transgender and non-binary people to use the bathroom without stress or fear. Making facilities as inclusive as possible will also help fight against gender stereotyping of parenting roles. Both mothers and fathers will be able to change nappies at a designated changing station.

The campaign to make washrooms more inclusive is stronger than ever. Whether you are a single parent, stay-at-home parent, or know of anyone who is, you likely know of the struggles of taking care of a child single-handedly. The world of washrooms currently still caters to the female parent. However useful this is for women out in public with their children, the men seem to have been forgotten about in this regard.

All of the fathers working to end this parental stereotyping are leading the way in helping to make bathroom facilities more inclusive than ever before. Ensuring washrooms that cater to everyone will also support the new needs of a more progressive and diverse society. The more you can respond to people’s needs; the more successful your washroom will be.

Why not lead the way in gender equality and create a space for dads to change nappies in male bathrooms?