Twitter Linkedin Flu season... An expensive season for some businesses 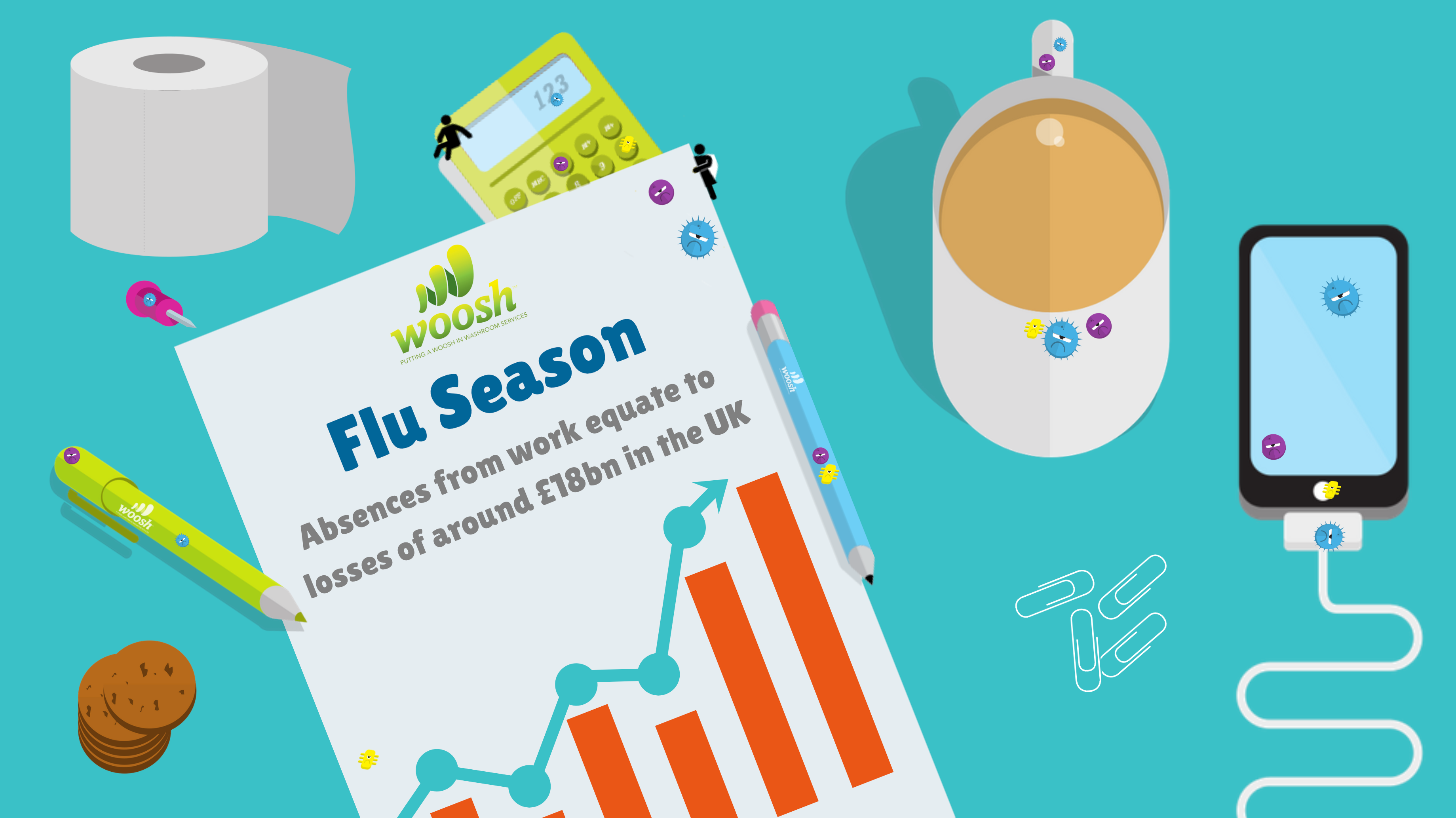 Autumn and winter signals many things: the changing of the seasons, leaves falling off the trees, receding daylight and, of course, Christmas. But the long cold nights also bring with them an increased incidence of cold and flu. Indeed, for many, the move from autumn into winter marks the beginning of ‘cold and flu season’.

Public washrooms are often considered a main offender in the spread of cold and flu. It’s hardly surprising when you consider just how many people use these facilities day to day. They are often cramped, poorly ventilated rooms with little in the way of infection prevention. Thousands of people breath in the same air and make use of the same fixtures – toilet roll holders, sinks, soaps, towels, taps and so on. It seems like only a matter of time before a visitor picks up something.

According to the Centre for Economic and Business Research, absences from work equate to losses of around £18bn in the UK every single year – and that number looks sets to rise to a staggering £26bn by 2030.

While the common cold and influenza virus only make up a portion of that figure – minor illnesses accounted for 24.8% of all sickness absences in 2016 – the numbers still demonstrate a need for diligence from both individuals and the people who manage public restrooms.

Cold and flu viruses are mainly spread via coughs and sneezes. Poorly cleaned surfaces also pose a risk, especially when an infected person touches something and hasn’t washed their hands thoroughly. Colds usually go away by the themselves, but flu can be much more serious and is thought to result in the deaths of around 500,000 people worldwide each year.

Because these viruses are mutating all the time, it’s almost impossible for some to immunise people fully. Vaccines help those that are most vulnerable, but no inoculation is comprehensive to guarantee full protection.

Research has shown that viruses can survive on surfaces for up to 24 hours. This means a person who coughs or splutters in the washroom is highly likely to pass on their illness to another visitor. And, of course, the more people that use a washroom, the more likely it is that an infection will spread. Somewhat alarmingly, medical literature has also revealed that germs spread through the air via hand dryers and toilet flushes.

Unsurprisingly, in this study bacteria were found in much higher quantities within public washroom environments, with sinks and handles proving the worst offenders. Human immune systems are very good at combating the worst of these nasties but, as Dr Nuala O Connor, GP says “Washing your hands is one of the easiest ways to protect yourself and others from getting sick with vomiting, diarrhoea, coughs, colds, sore throat, flu, in fact almost all infections.”

Thorough hand washing is, and always will be, the first line of defence for fighting cold and flu. There are, however, many things that washroom management provider can do to join the fight. Beyond meticulous and well managed cleaning rotas, owners can install automatic systems to reduce the need for individuals to touch surfaces.

Enclosed dispensers will also eliminate having to fumble around in search of consumables. Hand hygiene facilities should be made widely available to eliminate infection at source.

Get in touch with us to see how else we can help turn the tide against cold and flu in your workplace. Take a look at our range of hygiene products and dispensing solutions.